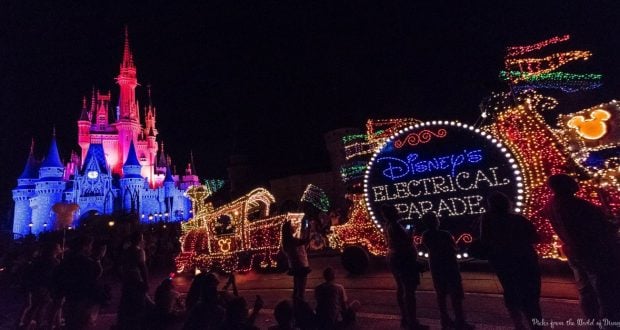 We all love the return of parades and nighttime celebrations in the Disney Parks.

We went crazy when the Festival of Fantasy Parade returned to the Magic Kingdom. That same feeling will hit us all again when Fantasmic! finally returns to Disney’s Hollywood Studios. Just recently, Disneyland Resorts in California had made some news with a huge return of their own.

The Main Street Electrical Parade, which happens to be celebrating its 50th anniversary this year, has finally made its return. While Disneyland may be getting the excitement of the big return, Walt Disney World is getting in on the merchandise craze for the beloved parade.

So, let’s take a look at some of the awesome Main Street Electrical Parade gear that has landed in Walt Disney World’s Magic Kingdom.

Our first stop in the beautiful Magic Kingdom is at The Emporium, which is located right on Main Street U.S.A. Guests will find a slew of new swag that is inspired by the Main Street Electrical Parade at Disneyland. One of the more popular items would have to be the Main Street Electrical Parade 50th Anniversary Loungefly Backpack, which will run you $75.00 plus tax. This amazingly detailed backpack will be a must-have for anyone who collects Loungefly bags. 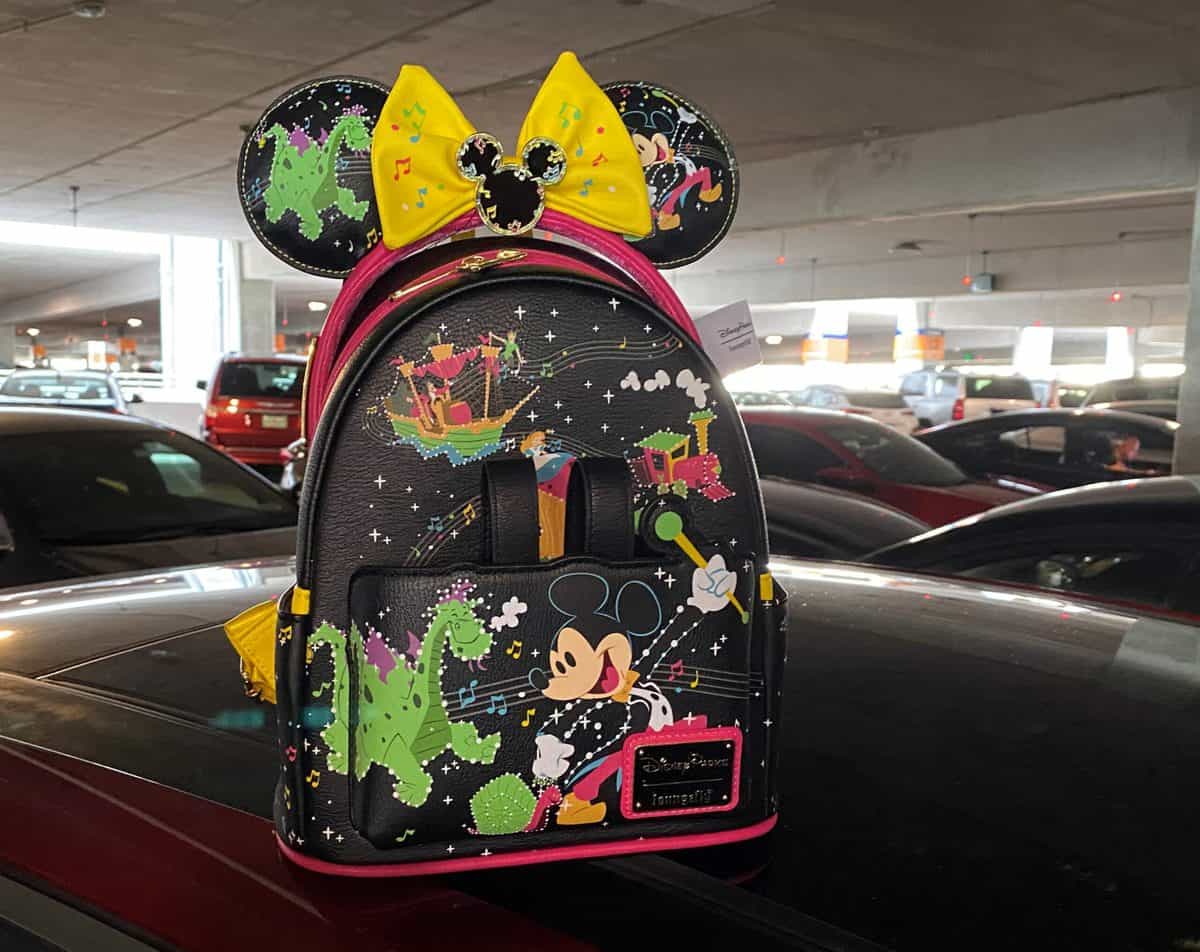 The black backpack has Mickey Mouse leading the parade of classic floats, like Elliot from Pete’s Dragon, the Locomotive float, Alice sitting on her mushroom, and even Captain Hook hanging out on his pirate ship.

The front pocket of this incredible backpack also has straps to help you keep hold of larger items. The side panels of the bag are just as colorful as the front with sparkling stars and multicolored musical notes on the black background. The bottom corner of the backside of the backpack includes the outline of Mickey’s head with stars and multicolored musical notes around it. We saved one of the coolest features of this Loungefly Backpack for last – it glows in the dark y’all!

Also, while roaming around at The Emporium we found a Main Street Electrical Parade 50th Anniversary Loungefly Ear Headband that will cost $39.99 plus tax. This Loungefly ear headband has a similar look to the backpack. The pair of ears has a neon pink headband with a bright yellow bow that has the multi-colored musical notes on it and a Mickey-shaped button in the center that will actually light up. On the front of the black faux leather ears, you have Mickey Mouse leading the parade on one side and Elliot the Dragon classic float on the other. 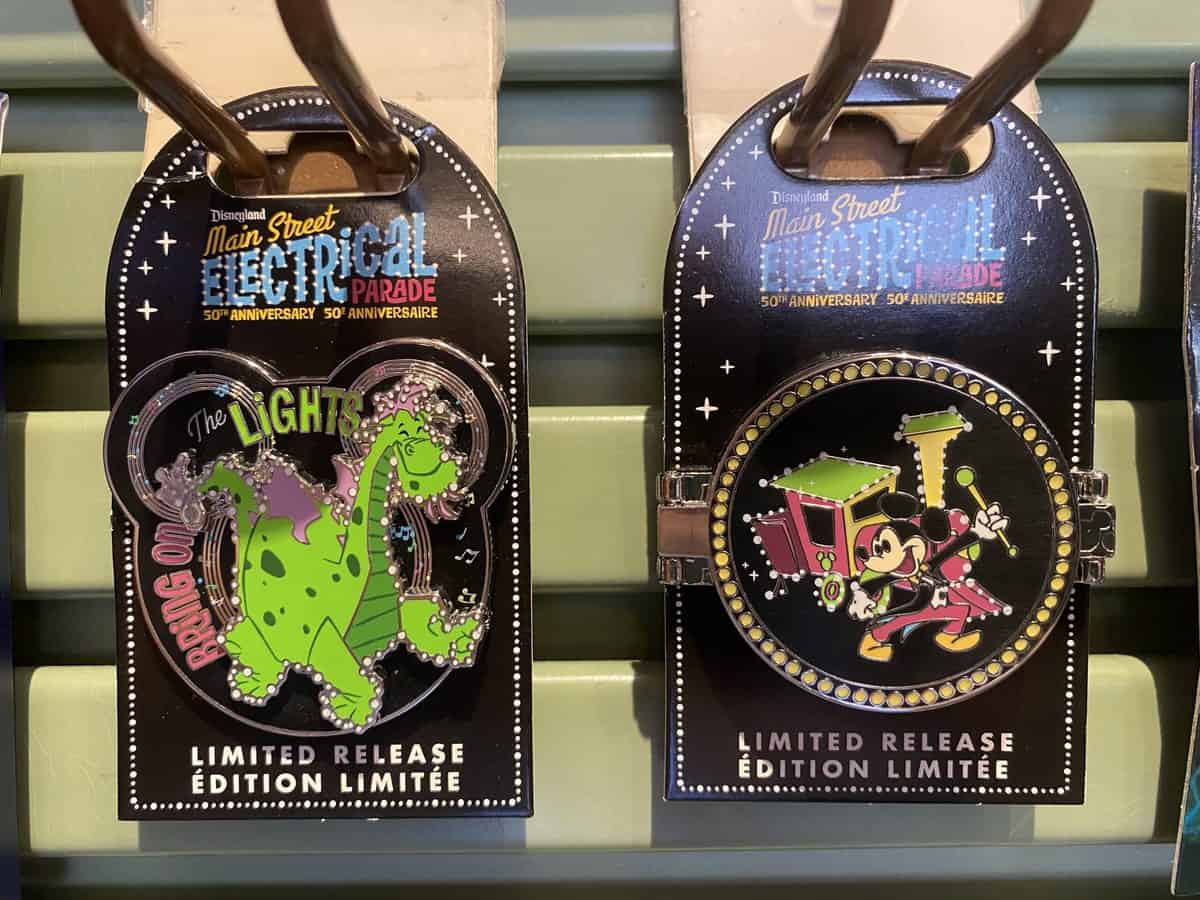 As we continued throughout The Emporium, we also find a flashy-looking Main Street Electrical Parade 50th Anniversary Tank Top that costs $36.99 plus tax. This dark blue tank top features 1970’s inspired artwork that includes Mickey Mouse leading the way and many of the brilliantly lit up floats that you will see during the parade.

If you are a Disney Pin Collector, then you will want to head over to the Frontier Trading Post in Frontierland. Here we found a Main Street Electrical Parade 50th Anniversary Limited Release Folding Pin for $19.99 plus tax.

When unfolded this pin includes Mickey Mouse in front of the Locomotive as he leads the parade, Alice sitting on top of her very large mushroom, and Captain Hook sailing on his pirate ship. 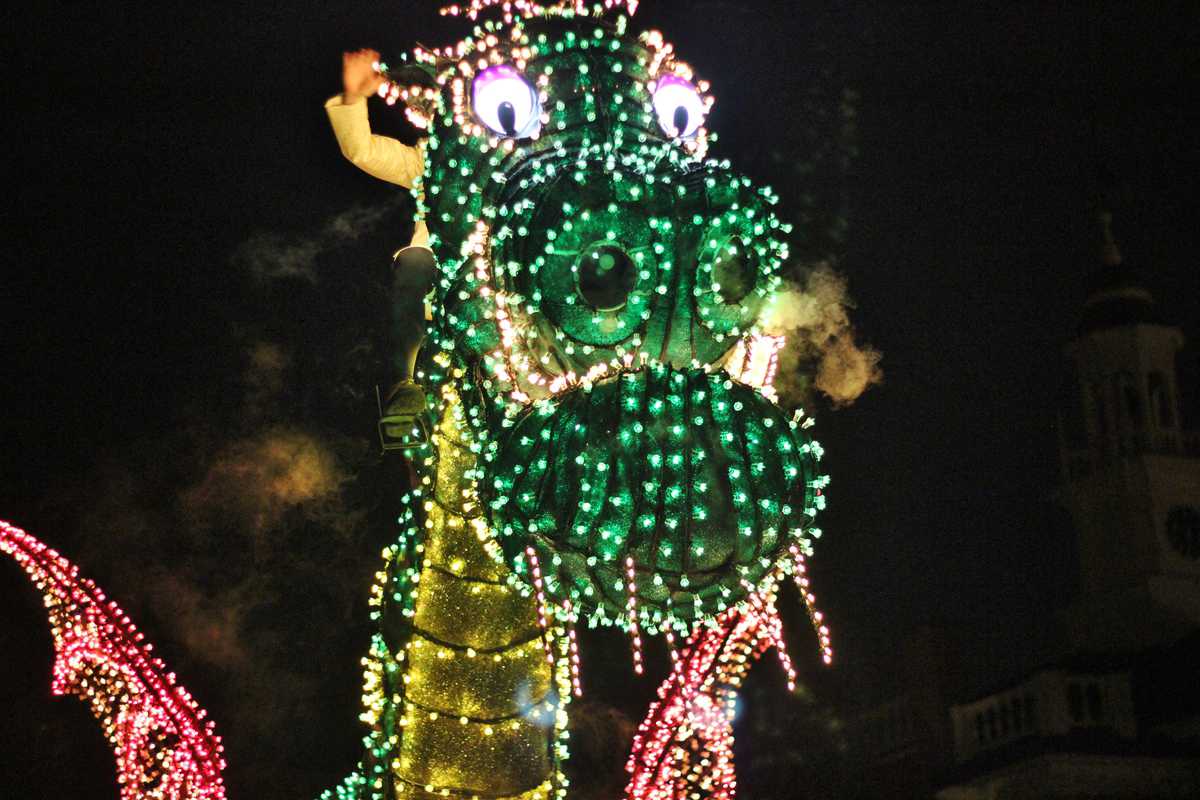 We also found a Main Street Electrical Parade 50th Anniversary Limited Release “Bring on the Lights” Pin, which was selling for $17.99. This pin is in the shape of Mickey’s head with Elliot the Dragon on it and says “Bring on the Lights” along the side. The final pin we found was the Mains Street Electrical Parade 50th Anniversary Limited Release Jumbo Pin, which costs $59.99 plus tax.

No matter what coast you are on, there is plenty of Main Street Electrical Parade gear to get excited about. So hit the Disney Parks and look around. You may just find that piece of Disney Merchandise that will bring back the nostalgia for you.