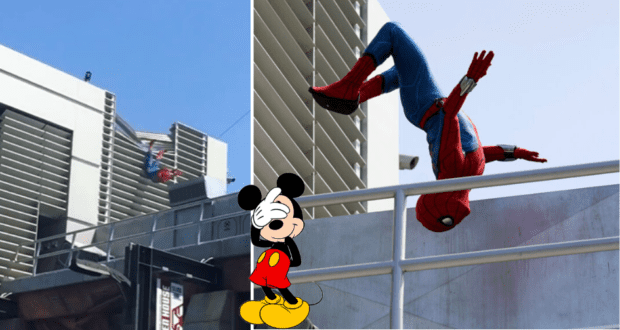 Avengers Campus has been bringing exciting experiences from the Marvel Cinematic Universe to Guests from all over the world who visit Disney California Adventure. One of the most memorable offerings at the comic-inspired land is The Amazing Spider-Man stunt show as it features a “Stuntronic” of the title character in the form of one of the most technologically advanced Animatronics Disney has ever created.

During the show, the Spider-Man Stuntronic is launched for a very exciting moment as the figure flies from building to building, and typically lands safely on the other side. At one of yesterday’s performances, however, the figure launched as usual but instead crashed into the building.

@mdglee_szm on Instagram, a Guest visiting the park captured the experience and shared a video:

As the post mentions, the Stuntronic did indeed crash “for real,” a change from past videos that fans have made of the figure crashing.

The sight of the Stuntronic crashing into a building was surely a surprise to Guests watching the show (especially if they did not know the figure would be an Animatronic!) Regulars to the show likely noticed that something was off with the Spider-Man Stuntronic as the figure did not bend with the direction it was being pulled like it normally does during this sequence.

For reference, here is a slow-motion video of the figure released by Disney ahead of the show’s debut:

It appears as though the malfunction was caused by an error in the pulley system used to launch the figure, and while the show was briefly paused with scheduled times removed from the Disneyland app, it did return later in the day, so the problem was quickly resolved by Cast Members and the Disney California Adventure maintenance teams. 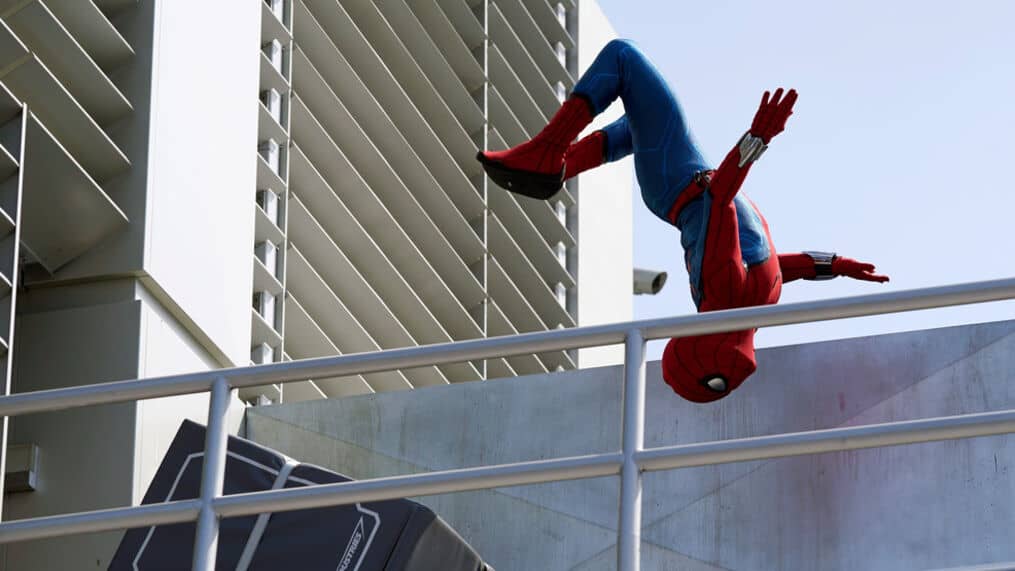 The Amazing Spider-Man stunt show takes place daily on top of W.E.B. (the WEB SLINGERS attraction) with showtimes available during your visit via the Disneyland app. If you have an upcoming trip planned to Disney California Adventure, be sure to make time to see the show and explore the rest of Avengers Campus!