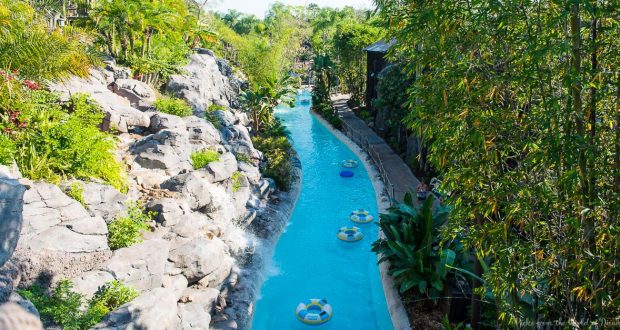 If you’ve visited Walt Disney World since its reopening, you’ve probably noticed some changes! Most of these are designed to keep Guests and Cast Members safe in these unprecedented times. And many of the attractions, restaurants and previously closed experiences have since reopened.

But there are still a handful of gems that remain unavailable. Here are a few things we wish would reopen at WDW’s Theme Parks.

Jedi Training: Trials of the Temple

Once a haven for Star Wars fans from ages 4 to 12, Jedi Training: Trials of the Temple at Disney’s Hollywood Studios is an interactive show where dozens of young Guests are led through Jedi Training on a stage next to Star Tours: The Adventure Continues. Kids are given Jedi robes and lightsabers (of course!), and they learn basic lightsaber techniques, eventually dueling with either Kylo Ren or Darth Vader.

Sadly, Padawans are currently out of luck because Jedi Training remains unavailable. But at least younglings now have an entire Star Wars-themed land to explore at Star Wars: Galaxy’s Edge!

This delightful musical spectacle was once a staple of every trip we made to WDW. With its mesmerizing, larger-than-life puppets, innovative under-the-sea special effects, and endearing original music, Finding Nemo – The Musical was one of the best entertainment offerings in the Parks.

Unfortunately, the last performance was back in March 2020, and the show remains closed. However, this story has a happy ending! We’ve been told that in 2022, a reimagined version of the musical (Finding Nemo: The Big Blue… and Beyond!) will open – hurray!!

While many entertainment offerings at Walt Disney World have returned, a few haven’t. Citizens of Hollywood is a street performance and improv troupe in Disney’s Hollywood Studios, and it’s one of the Park’s absolute gems! You’ll know you’re about to see the improv troupe performances when you see a slow-moving vintage car moving down the street, accompanied by costumed actors.

Citizens of Hollywood put on various improv shows, always of an interactive nature and always hilariously entertaining. Since the Parks reopened, we haven’t seen this talented troupe, and it’s sadly missed!

There have been some serious changes to Walt Disney World’s nighttime spectacular lineup, and for a time, Disney Guests had to cope with no fireworks at all. Recently, some fireworks have returned to the Parks – albeit in revised forms.

This intergalactic fireworks show features laser effects, projects, pyrotechnics, Star Wars music, and of course, fireworks. Or at least, it did – no word on when Star Wars: A Galactic Spectacular will be returning to Hollywood Studios, but we’re hoping it will be soon.

Update: as of January 2, Disney’s Typhoon Lagoon is open again!

Typically, both parks are open during the spring and summer. Then one will usually close throughout the winter months for refurbishment, while the other stays open to Guests. Since the pandemic, however, Typhoon Lagoon has remained closed, and a reopening date has yet to be announced.

Sadly, the restaurant hasn’t reopened since the pavilion came under Disney management, and there’s no word as to if or when it will be back. However, the space has reopened as a seating area, with chairs, tables, and benches. Guests can use it for a break from a hectic day in the Parks. Somehow, this isn’t quite the same as the dining experience we love, and we wish Restaurant Marrakesh would reopen already!

Make friends with a baby rhino at Disney’s Animal Kingdom, wander the famed Utilidors of Disney’s Magic Kingdom, and go behind the scenes of your favorite WDW rides – these are just a few of the magical experiences Guests could formerly enjoy by booking a backstage tour at Disney World.

There’s a tour for every age and interest in your party, from culinary adventures to swimming with dolphins, and even fully customizable experiences – for a price, of course! Backstage tours are an excellent way to learn more about the magic of Walt Disney World. Unfortunately, all backstage tours have been unavailable since the Parks reopened, and we’re ready for them to make a comeback!

There’s still more than enough to keep Guests entertained and busy at Walt Disney World! But we find ourselves missing a few restaurants, attractions, and activities because they haven’t been available since the Parks reopened. Here’s hoping that 2022 sees even more Guest favorites reopening in WDW.