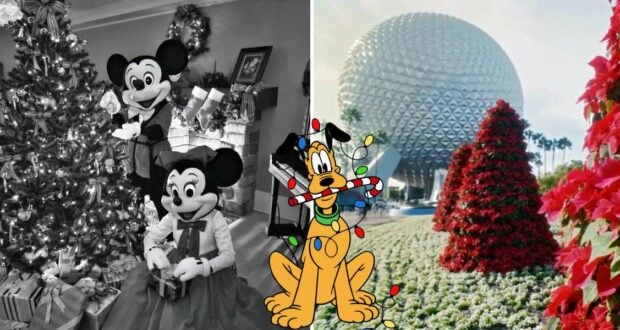 Vintage Disney World Photos to Get You in the Holiday Spirit

The holidays have arrived, and we’re celebrating with a walk down memory lane. 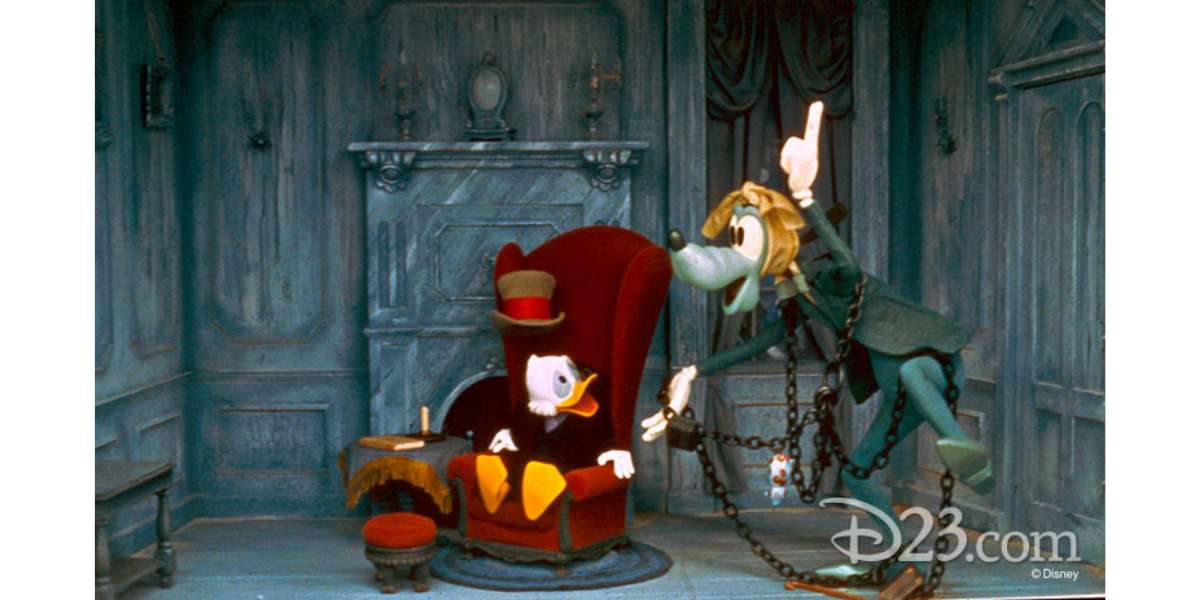 The above scene is one of several moments from the film recreated in window displays at the Emporium on Main Street, U.S.A. The displays were used to promote the film during the holiday season following its release, but they have returned from time to time over the years. Even if Mickey’s Christmas Carol isn’t featured on your next trip to the Magic Kingdom, we always recommend checking out the Emporium windows for some festive fun during the holidays! 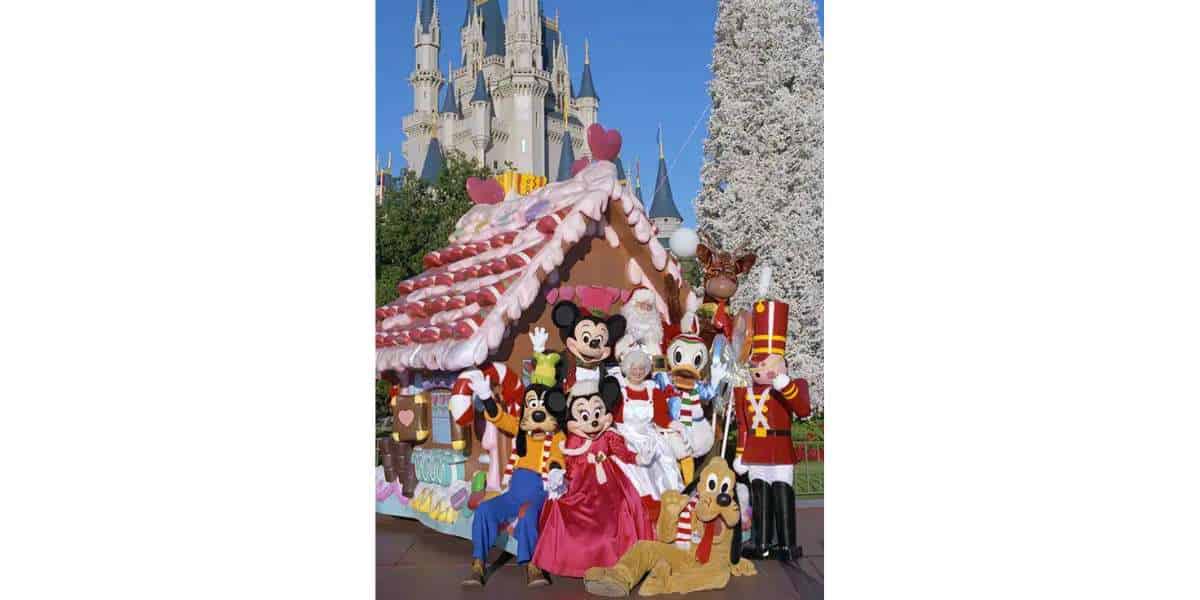 RELATED: Disney’s New Reindeer Parade Sipper is a Throwback to the History of This Christmas Parade

Staying in the Magic Kingdom, the above photo gives us a look back at popular characters and a holiday parade float as they appeared in 1994. Of course, all of the characters in the photo (and the float!) can be spotted in the Disney Park during this holiday season, but their looks have been updated over the years.

Continuing our travels through 1994, EPCOT’s main entrance looked a little different than it does today. Poinsettias have always been a major theme in holiday decor (at Walt Disney World, they were most noticeably featured in a previous version of an iconic Resort Christmas tree, but we’ll get to that soon.)

Poinsettias can still be found around EPCOT, but the main entrance decor has been totally redesigned and often features topiaries and artwork of Disney characters celebrating the season today. 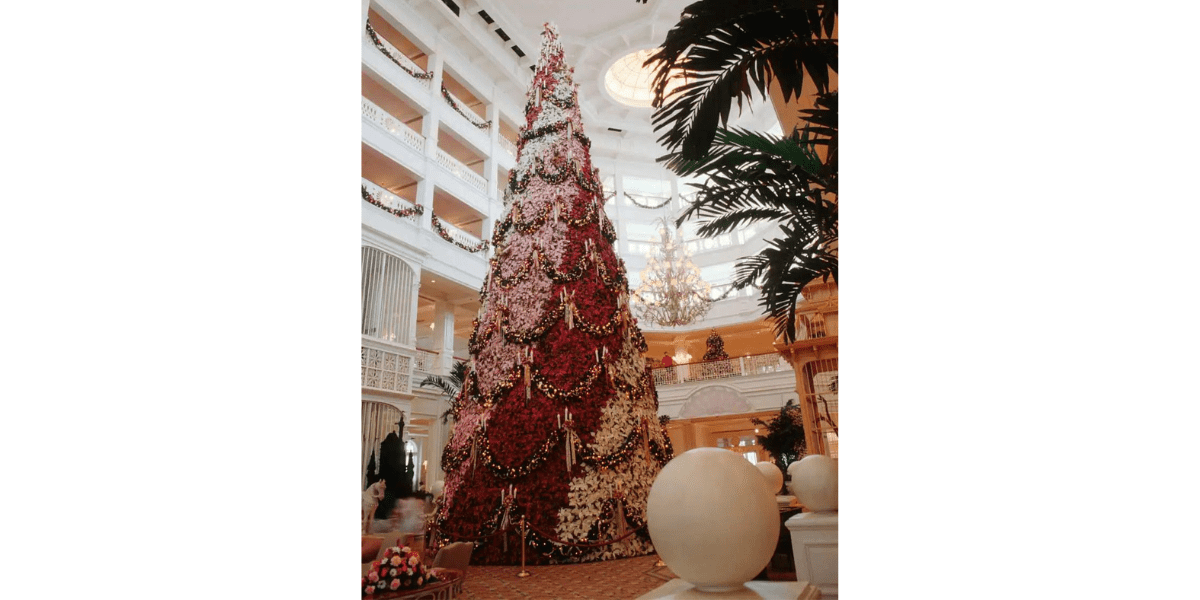 Today, Disney’s Grand Floridian Resort & Spa is most known for its life-sized gingerbread house that even operates as a shop offering gingerbread shingles and other sweets. Things were different at Disney World’s flagship Resort in the early 90s, however, when the lobby was adorned with a sweeping Christmas tree made up of individual poinsettias.

The full-sized gingerbread house Guests see at the Resort today first debuted in 1999, and along with the house Guests today see a more traditional Christmas tree, similar to those found in each theme park albeit with Victorian-inspired ornaments. 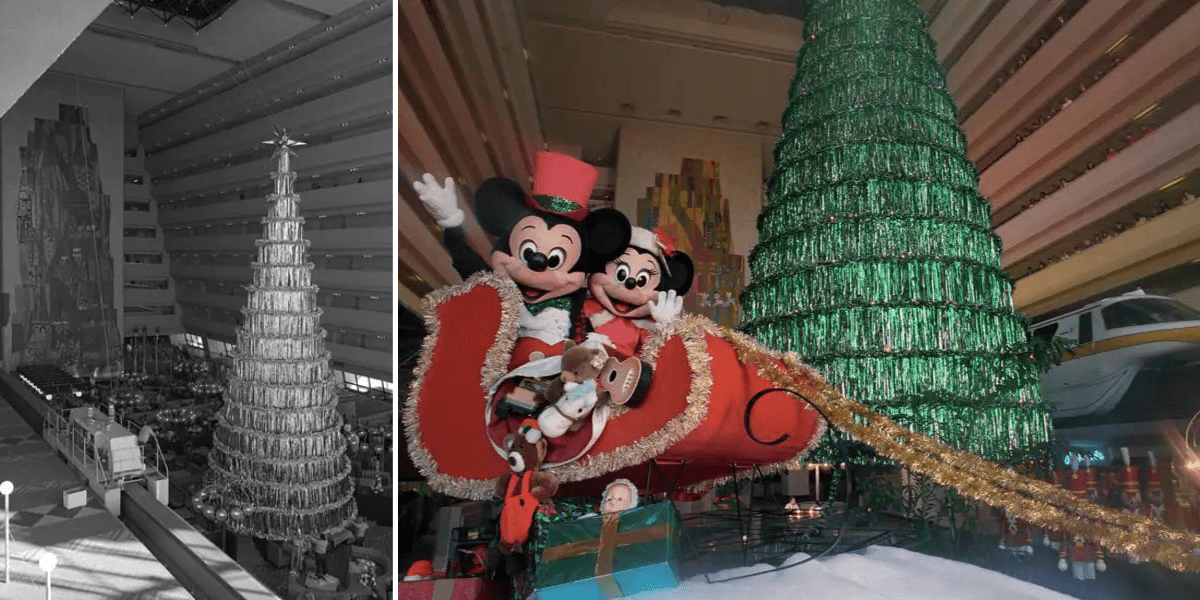 Another unique tree from days of Christmas past at Walt Disney World could be found in the Grand Canyon Concourse at Disney’s Contemporary Resort. This green tinsel tree first debuted during the 1971 holiday season when the Resort opened (along with the rest of Walt Disney World), and it lasted through each Christmas until 1989.

While it may not seem “contemporary” by today’s standards, this tree was one of the most unique holiday decorations at Walt Disney World at the time, and we love the photo of Mickey and Minnie seated in a sleigh by the tree! 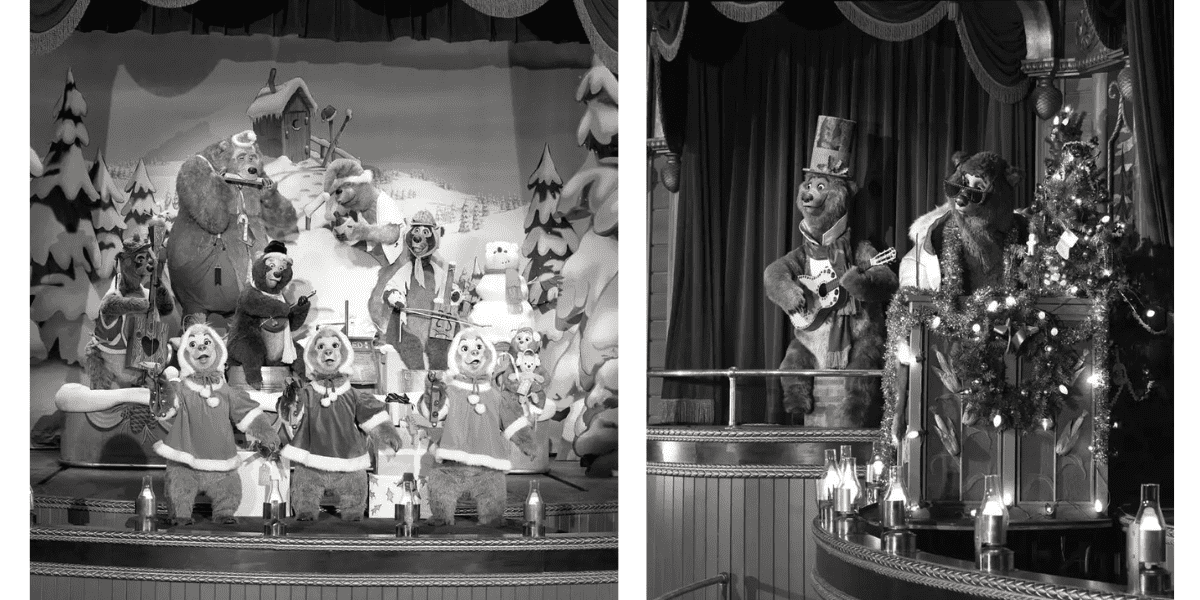 Did you know that the Country Bear Jamboree was the very first Disney attraction to ever receive a holiday overlay? The Country Bear Christmas Special brought extra seasonal magic to Grizzly Hall in the Magic Kingdom’s Frontierland in 1984.

The show featured the addition of classic holiday tunes like “Deck the Halls,” “Let It Snow,” and “We Wish You a Merry Christmas,” along with original songs like “Hungry Like a Bear.” The Country Bear Christmas Special ran until 2000 in Disneyland and until 2005 in the Magic Kingdom.

Do you remember any of these vintage decorations? Enjoy this year’s festivities at Walt Disney World, and happy holidays!

2022-12-24
Brittany DiCologero
Previous: PHOTO: Yet Another Classic Magic Kingdom Attraction Is Reportedly Growing Mold!
Next: What Is Going On With the Timeline of Toy Story Land?