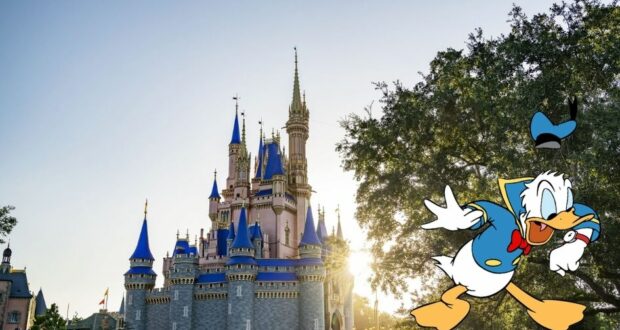 Headed to Walt Disney World Resort? The theme park is welcoming Guests with its 50th Anniversary celebrations, new attractions such as Guardians of the Galaxy: Cosmic Rewind, and entertainment that’s ready to wow both young and old. If you’re looking to make the most out of your Disney vacation, here are our top picks for the biggest time wasters to avoid at Walt Disney World.

Not Reviewing the Parks in Advance

Say it ain’t so! We’ve seen it time and time again. A family shows up at one of Disney’s four theme parks and stands at the entrance with a Park map wide open trying to figure out what’s next. While Park maps are extra handy, a huge time waster is not having at least a small grasp on how the Park is laid out and where select attractions are located.

Take the time to review the Park maps available on Walt Disney World’s website. We especially love how handy the My Disney Experience App is which will show you where you are in real-time within the Park. Study up Disney fans, as it’ll be worth saving the time in the Park.

Whether you’re traveling solo or have a large party in tow, it’s important to know what each individual does and does not want to do. It’s a regular thing to see a family stand outside of an attraction and try to decide who is and is not riding.

Understanding attraction height requirements and the basic attraction concerns are helpful in advance. If Grandma is terrified of drops, maybe a trip down 13 floors at Disney’s Hollywood Studios Tower of Terror isn’t such a great idea? Talk in advance about individuals do’s and don’t for a great Park day.

Sorry… Disney is all about early rising if you’re looking to make the most out of your Disney Park day! We get it, it’s vacation – but arriving prior to Park opening is a great way to ensure the enjoyment of a few attractions before the long lines and crowds set in.

Keep in mind that Disney has Early Morning Entry for Walt Disney World Resort Guests. This means if you’re staying at a Disney Resort, you’ll have the opportunity to enjoy each Park on any day you plan to visit 30 minutes before other non-resort Guests. It’s a great way to get a jump start on the day.

This one pains us as we’ve seen transportation hiccups occur time and time again! It’s critical to know how to get to and from Walt Disney World’s Parks. Let’s say you’re visiting Magic Kingdom Park. If you’re staying as a Resort Guest, options may include buses, monorails, boats, and walking. The key is to understand which of these works for your Resort.

Don’t hesitate to ask a Cast Member prior to your Park day so you’ll be ready to roll with the transportation in the morning. Not a Resort Guest? Directions and being prepared to pay to Park should be ready to go well before your Park day.

Not Cooperating with Security

Disney’s security is exceptional. They have the system down to a science with contactless checkpoints prior to entering each Disney Park. Listen to Disney security as you approach the checkpoints and follow protocol.

Have an umbrella or metal water bottle? There are security scanning triggers. Take them out and hold them in front of you when walking through the scanners to avoid being pulled to the side for a bag check.

The Disney Parks are massive and the Central Florida temperatures are brutal. A huge time waster and a surefire way to exhaust your travel party are crisscrossing the Park. Let’s say you’re visiting EPCOT and just rode Soarin’ in the World Nature neighborhood of the Park. If you were to then go to Remy’s Ratatouille Adventure in the World Showcase, it would be a lengthy walk. Then maybe you rush back to Guardians of the Galaxy: Cosmic Rewind… it is exhausting and a time-waster.

Save your legs some walking and try to visit surrounding attractions rather than crisscrossing all over the Park. Keep in mind the Disney Genie on the My Disney Experience App can help with this. Plus, being aware of your next Disney Genie+ and Lightning Lane attraction selections should all be part of this planning.

Too Many Dining Reservations

Some Disney foodies may disagree with this one and we get it… dining at Disney is amazing! While we’re all for some scrumptious Disney food, having breakfast, lunch, and dinner reservations can be a huge waste of time, especially when the reservations are at table-service restaurants.

While yes, having breakfast, lunch and dinner are critical to keeping up that Disney energy – slow your role with dining reservations. Having a reservation for one of the three main meals is a great plan to take a break out of the sun and enjoy some air-conditioning. Otherwise, take advantage of Mobile Ordering quick-service food, or snacking throughout the Park at the many different kiosks.

Panicking in the Rain

Rain… if there is one thing you can count on in Central Florida, it is that rain is going to happen. Keep an eye on the skies and if rain happens on your Park day, there is no need to panic.

Yes, select attractions do close in the rain, but there are several that remain open for Guests to enjoy. It’s great to know these attractions in advance so you don’t panic and stand in a corner thinking there is nowhere to go. This is also a great time to enjoy a little food break to rest those legs. Don’t let rain be a time waster!

Shopping During the Day

Do you love shopping? We do too! With that said, understand that shopping can be a huge time waster if you’re trying to optimize your Park day with attractions and entertainment. This doesn’t mean we don’t recommend shopping, however.

Instead of shopping during the day, it’s good to know that Disney’s gift shop typically remains open AFTER the Park closes. Instead of rushing out of the Park with the crowds after the fireworks, stick around and do a little shopping. It’s the perfect way to cap off an amazing Park day.

Last but not least, we must mention Park hopping being a huge time waster. This is an especially big waste of time if you’re not a regular Disney Park visitor. For example, only visit once a year? Don’t waste money on Park Hopper. Instead, experience one Disney Park per day. This is the best way to enjoy all the Park has to offer and avoid the time wasted traveling from one Park to the next.

Visit the Parks regularly? In this situation, Park hopping likely isn’t a waste of time for you but rather a way to experience the highlights as you’re already used to experiencing the extras the Parks have to offer.

There you have it. Best of luck as you do your best to avoid these time-wasters at Walt Disney World. Happy planning, Disney fans!