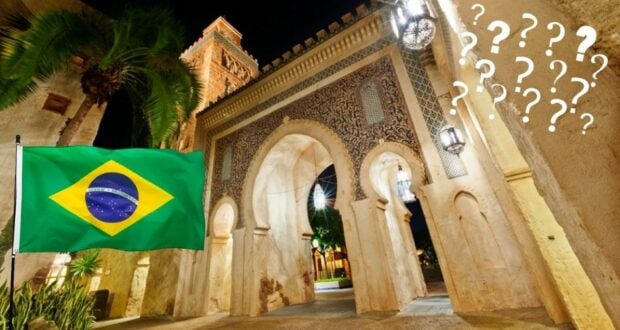 EPCOT’s transformation has been a whirlwind of excitement! The Disney Park’s four neighborhoods are taking shape and so far we’re thrilled with new experiences such as Guardians of the Galaxy: Cosmic Rewind. But, what’s happening in the World Showcase with EPCOT’s Morocco Pavilion?

Walt Disney World Resort has acquired full operations of the Morocco Pavilion from its previous Kingdom of Morocco ownership which fully funded and designed the stunning pavilion. The transfer was a joint agreement and took place at the end of 2020.

“After many years of working together, we have a mutually agreed arrangement to begin the process of transitioning operations of the Morocco pavilion to Disney. By the end of the year, Disney will assume operations of this important part of EPCOT and under Disney’s operation, the pavilion will continue to honor the rich traditions and legacy it has since it opened.”

With Disney assuming all operations of Morocco and its phased reopenings after COVID, the EPCOT Pavilion has since been on the quiet side. It wasn’t too long ago Disney adjusted the dining experience with a new menu for Spice Road Table Restaurant. They also just recently reopened the Souk-al-Magreb store.

The Morocco Pavilion currently has two quick-service locations open including Oasis Sweets & Sips and Tangerine Cafe. Princess Jasmine from Disney’s Aladdin (1992) has also made a return for a character meet and greet.

The many Marketplace shops that previously held stunning Moroccan merchandise are also closed leaving much of the back of the Pavilion quiet.

So, we got to thinking! Could Disney be thinking of possibly replacing the Morocco Pavilion with a new country… such as Brazil?

It’s no secret that the new Disney film Encanto (2021) is a massive success. Disney’s CEO Bob Chapek has already confirmed more Encanto is to come with talk of an attraction in the Disney Parks. Just recently, it was confirmed that Disneyland’s Tarzan Treehouse is being transformed, but we are still awaiting word if the rumors of an Encanto retheme are true.

The film’s success could be a match for the lackluster and no luck of reopenings within Disney’s acquired Morocco Pavilion. Could Disney be thinking that a country such as Brazil with Encanto‘s Colombia roots be a better fit for the Pavilion between Japan and France?

Instead of Princess Jasmine, a Brazil Pavilion could feature members of the Madrigal Family such as Mirabel. Restaurant Marrakesh and the many closed Marketplace shops could be the space needed for a new Encanto-themed attraction. Plus, Spice Road Table could get an Encanto retheme with its excellent World Showcase Lagoon views. Even neighboring Souk-al-Magreb store could receive a facelift with Encanto merchandise.

Of course, this is all speculation as Disney has yet to mention when and how Encanto will plug in at Walt Disney World Resort. Encanto‘s songwriter, Lin-Manuel Miranda, told Insider in regards to a Disney Encanto experience that “The Imagineers are on it. I don’t know what they do or where they live, but I know they’re on it.”

While we love the beauty of the Morocco Pavilion, it is intriguing to think about the excitement a new experience or two could bring to the quiet EPCOT Pavilion. Could an EPCOT Brazil Pavilion overhaul do just that?