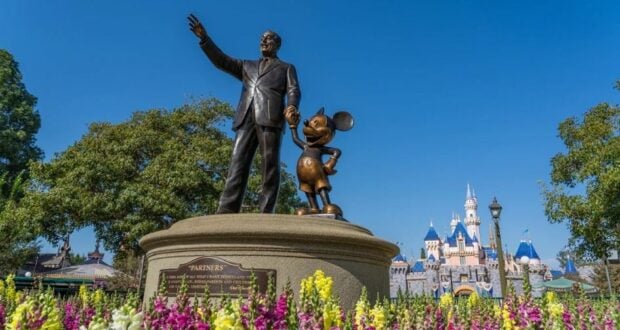 It’s been a LONG three-year absence, but we’re thrilled to hear that Disney has announced the return of a beloved Disneyland Resort attraction this summer!

That’s right! The family-favorite Red Car Trolley will once again return to Buena Vista Street in Disneyland Resort. Disney revealed in a fun way via social media that the nostalgic attraction will soon be returning to Disney California Adventure in Summer 2022.

Check out the teaser announcement as shared via Disney Parks TikTok video:

Red Car Trolley closed in April 2019 to make way for Avengers Campus construction. The trolley was expected to return in 2020, but the COVID-19 pandemic ensured a change in plans. Now, three years later, the beautiful red trolleys are preparing for their grand return.

Red Car Trolley offers Disney Park Guests an opportunity to hop aboard a charming vintage trolley for a scenic ride through Buena Vista Street and Hollywood Land. It offers continuous service with four stops throughout the Park.

Each trolley runs approximately every 12 minutes between the following locations:

According to Disney, the stunning Red Car Trolleys are modeled after the Pacific Electric Railway trolleys that crisscrossed the Los Angeles area from 1887 until 1961, with more than 1,000 miles of active track.

Missing the “Red Car News Boys” trolley show? OC Register has confirmed that the show was canceled in 2019 and will not return with the Red Car Trolley this summer.

Meanwhile, at Walt Disney World Resort, we are still awaiting word on when the Walt Disney World Railroad will reopen at Magic Kingdom Park. Although Disney has teased it is being tested, TRON coaster construction continues to keep the railroad attraction “temporarily closed” for over three years now.

Disney fans, get ready to once again enjoy a ride on the Red Car Trolley this summer at Disneyland Resort!