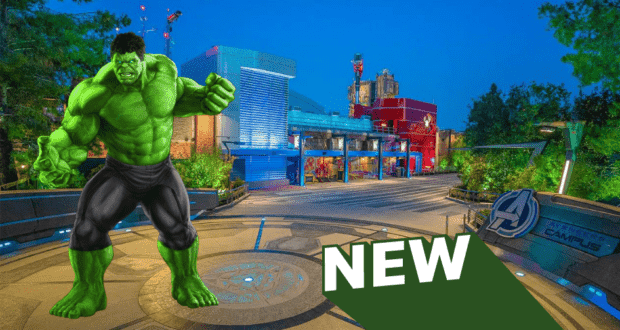 NEW Character Announced for a Limited Time at Avengers Campus

Today’s Parks panel at the 2022 D23 Expo came with tons of announcements for Disney theme parks around the world, and some of the most exciting updates will be coming to Avengers Campus. Mark Ruffalo made a surprise appearance via video call during today’s panel to share some exciting news about the character he plays and how a certain Hulk could soon be spotted at a Disney Park.

Fans in attendance at this morning’s panel were not only greeted with a message from Mark Ruffalo, himself, but with a first look at a brand new walk-around Hulk character that will soon be appearing alongside the likes of Captain America and Loki in Avengers Campus.

Marvel Studios President Kevin Feige also makes a special appearance and shares the exciting update that the Incredible Hulk will be appearing in Avengers Campus in his Quantum Suit at Disney California Adventure Park beginning next week! #D23Expo

The Incredible Hulk himself will be greeting Guests for a limited time in Avengers Campus, beginning as early as next week! Disney has not yet shared when this character experience will come to an end, but during the panel Josh D’Amaro and Marvel Studios President Kevin Feige did mention that Hulk’s appearance in the Park would be a temporary engagement.

In case you missed the live stream of today’s panels, we have a screenshot of the Hulk in his new Quantum Suit as he appeared onstage during the event below: 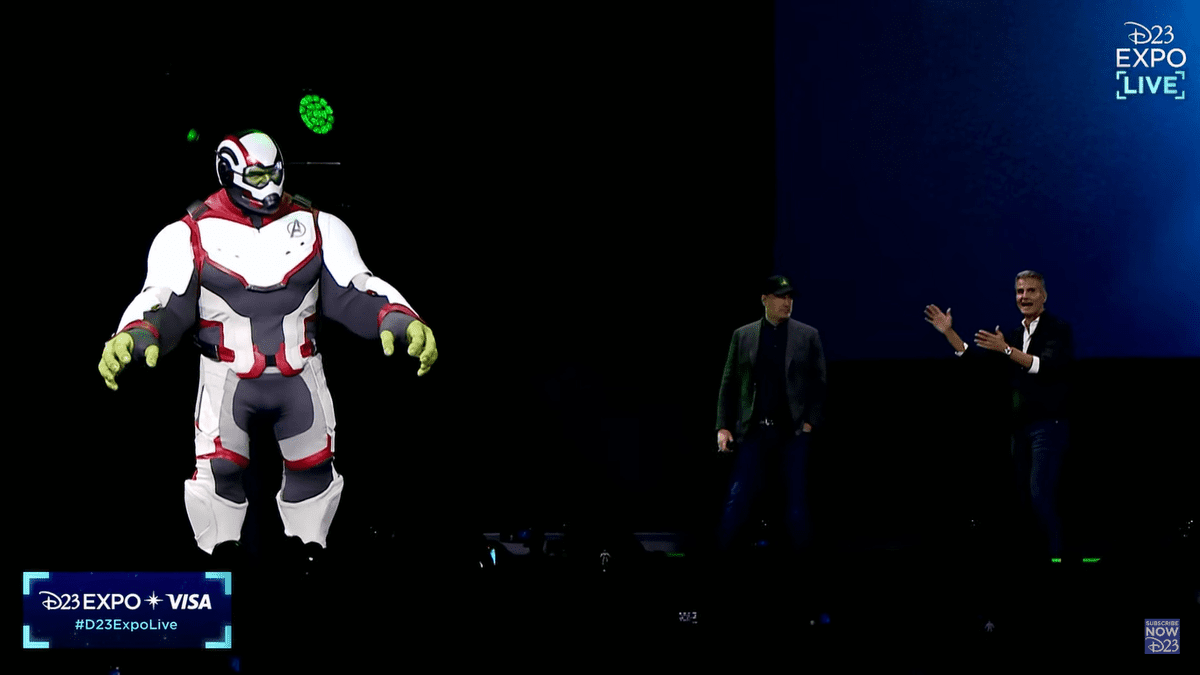 You can see the size of the Hulk as he stands on stage next to D’Amaro and Feige, and a stop at Avengers Campus to see him in person should certainly be added to your list for your next trip to the Disneyland Resort!

As always, we will continue to monitor updates out of Disney Parks and will report back here as we know more on DisneyTips.