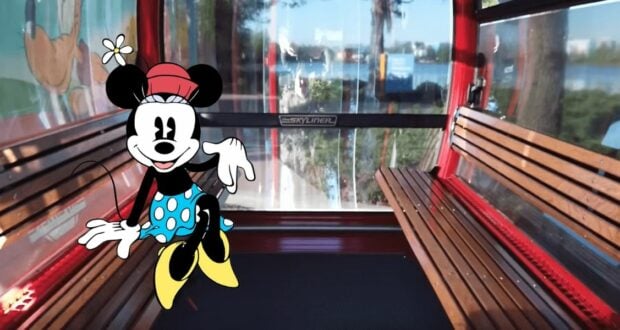 What to Know About the Skyliner: Hours, Routes, and Warnings.

Walt Disney World’s latest mode of transportation, the Skyliner, is what some a calling a “fun additional ride” and what others call a nightmare in a flying metal box. Whether you love or hate the Skyliner there are some important facts you should know about where to catch it, the hours it’s operating, and a word to the wise about if this is a good transportation option for you or not.

When the Skyliner opened in 2019, crowds flocked to try out the new transportation network. Although everyone knew it would not necessarily be the fastest way to get across the Walt Disney World Resort, it would certainly be scenic and an exciting new “attraction” to try out. The Skyliner is an aerial gondola with 3oo individual cable cars that life you into the air above the Resort. The cars are individually themed with different characters, or are left undecorated so the view from the windows are not obstructed. 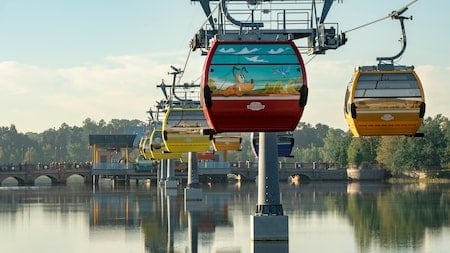 It is a super unique vantage point to fly over the Resort and see the complex from a new perspective, so if you do want to see the view totally unobstructed, you’re better off requesting a car with no characters on it! Otherwise it will be luck of the draw whos car you end up in from Anna of Arendelle to Tramp from Lady and the Tramp.

But perhaps the best part of the skyline is it is totally free. The cars move continuously so the lines to get on the skyline move quickly, and its a great way to get from point A to point B. 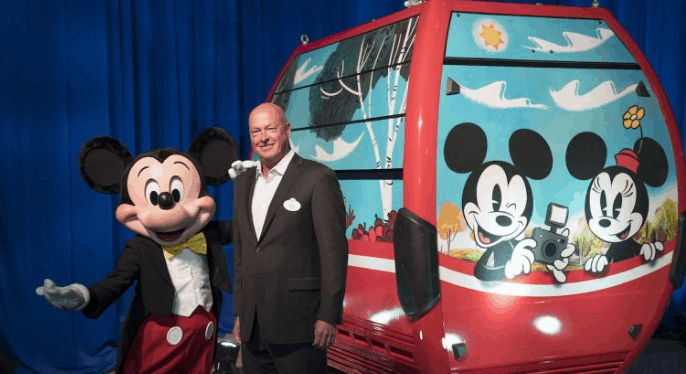 However, if you have a fear of heights, are closterphobic, or are prone to motionsickness, this may not be the transportation for you. The cars do not have air conditioning so be warned if you are visiting in the hot summer months. The boxes do have reflective paneling and cross ventilation but you won’t be feeling that blast of cold air when you sit down. The cars also tend to shake and rock a bit, and especially in bad weather, so if this makes you nervous or physically ill, you also might want to sit this out. 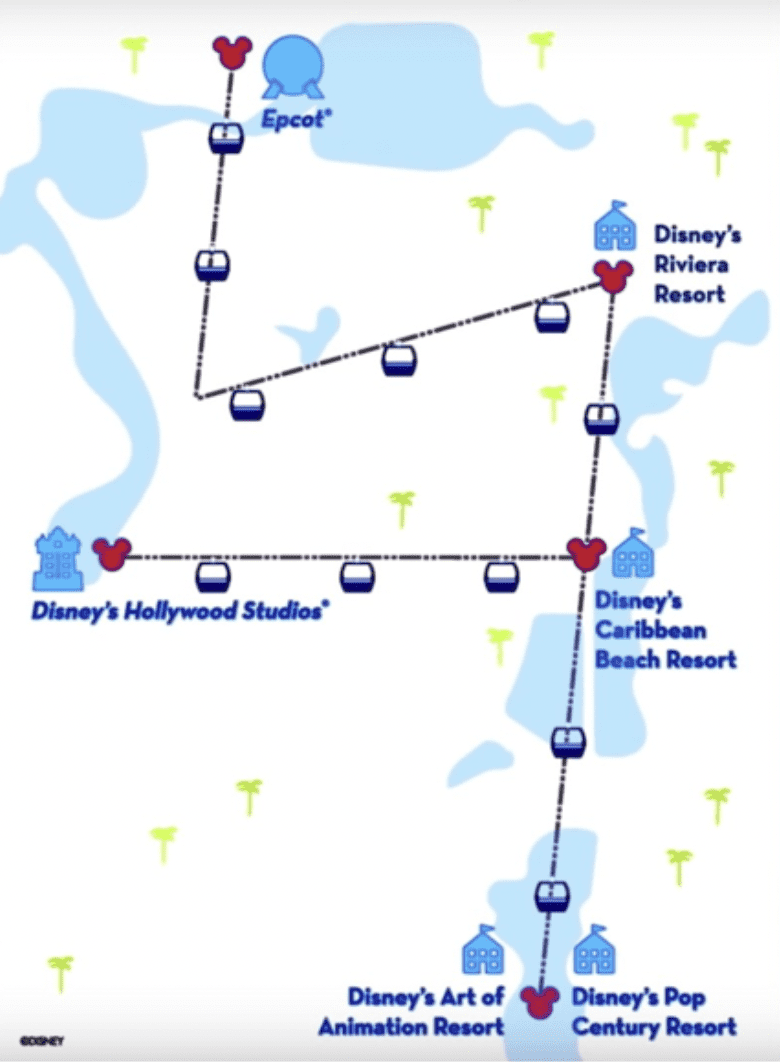 The Skyliner hours of operation are actually dependant on EPCOT and Hollywood Studios opening hours. The gondolas will start up 60-90 minutes before the Parks open which may be between 7:30-9:00 a.m., depending on the time of year, and will keep operating 60-90 minutes after the Parks close at 10:00-11:00 p.m..

In our opinion it’s worth a ride if you haven’t been on it before! But if you don’t like small spaces or get motionsickness you may want to think twice.