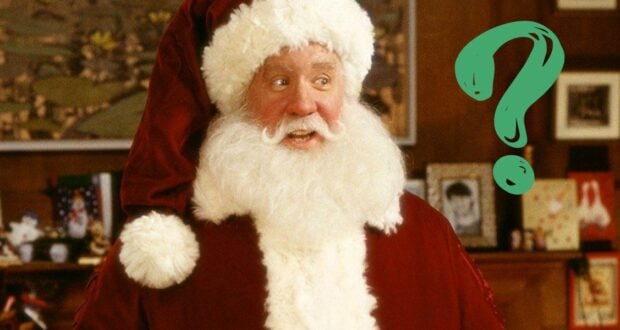 ‘Tis the season to be drinking pumpkin spice lattes and getting ready for all of the upcoming holidays! And what better way to get into the holiday spirit than starting the countdown for the new Disney+ miniseries, The Santa Clauses?

There has been much hubbub among fans of the original Santa Clause film trilogy starring Tim Allen ever since the new limited series was announced back in January 2022. The well-loved Christmas movie franchise Tim Allen play Scott Calvin, an ordinary man who accidentally causes Santa to fall from his roof on Christmas Eve. After he and his son, Charlie, finish the rest of the Santa duties and Christmas deliveries, a visit to the North Pole is where Scott discovers that he must become the new Santa Claus.

Now, Santa and his elves are back, but it seems we’re getting a replacement for Tim Allen as the jolly man in the red suit. 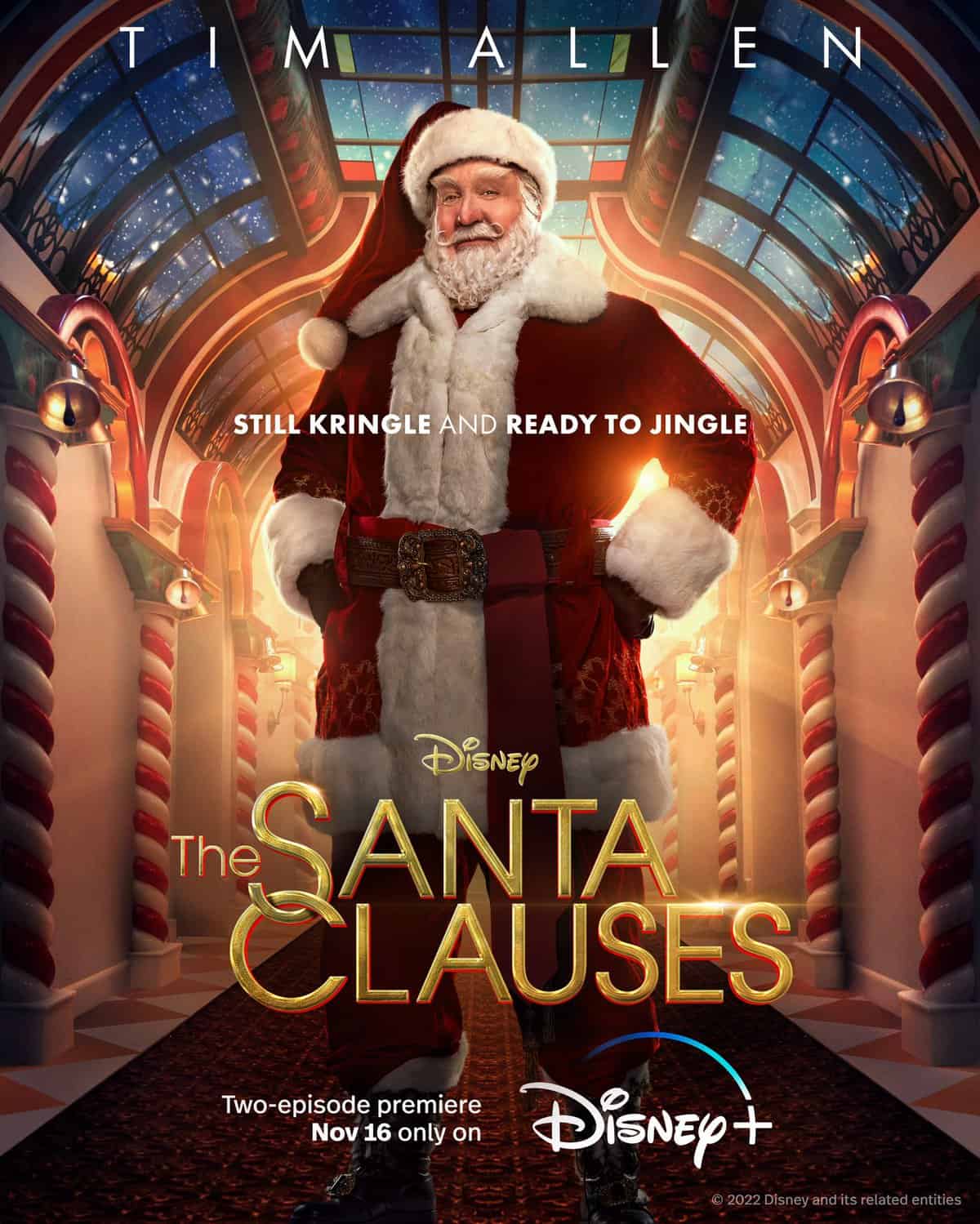 After the success of the first movie way back in 1994 – how has it been that long ago? – fans welcomed The Santa Clause 2  in 2002, followed by The Santa Clause 3: The Escape Clause in 2006, starring Martin Short. Now, The Santa Clause movie franchise is set to continue in a Disney+ television show premiering in November.

In a first-look trailer released at the recent D23 event in Anaheim, California, Scott Calvin announces his retirement to his family, embarking on a search for the next Santa Claus. Returning stars include Elizabeth Mitchell as Mrs. Claus/Carol Newman-Calvin, Eric Lloyd as Scott’s son, Charlie Calvin, and David Krumholtz returning as the beloved head elf, Bernard.

But who will be Tim Allen’s successor as the new Santa Claus? Will it be Peyton Manning who gets the coveted role? What about Bernard the Elf (David Krumholtz)? Or even Scott’s son, Charlie (Eric Lloyd)?

Well, in a special panel held at D23, the cast and producers of the new Disney+ television series seemed to confirm the new actor replacing Tim Allen as Santa. Newcomer to the holiday franchise, Kal Penn, joins the cast as Simon Choksi, a game inventor, product developer, and single father, who has aspirations to become the next Jeff Bezos. But “all that changes” after he visits the North Pole with his adorable daughter Grace (Rupali Redd). 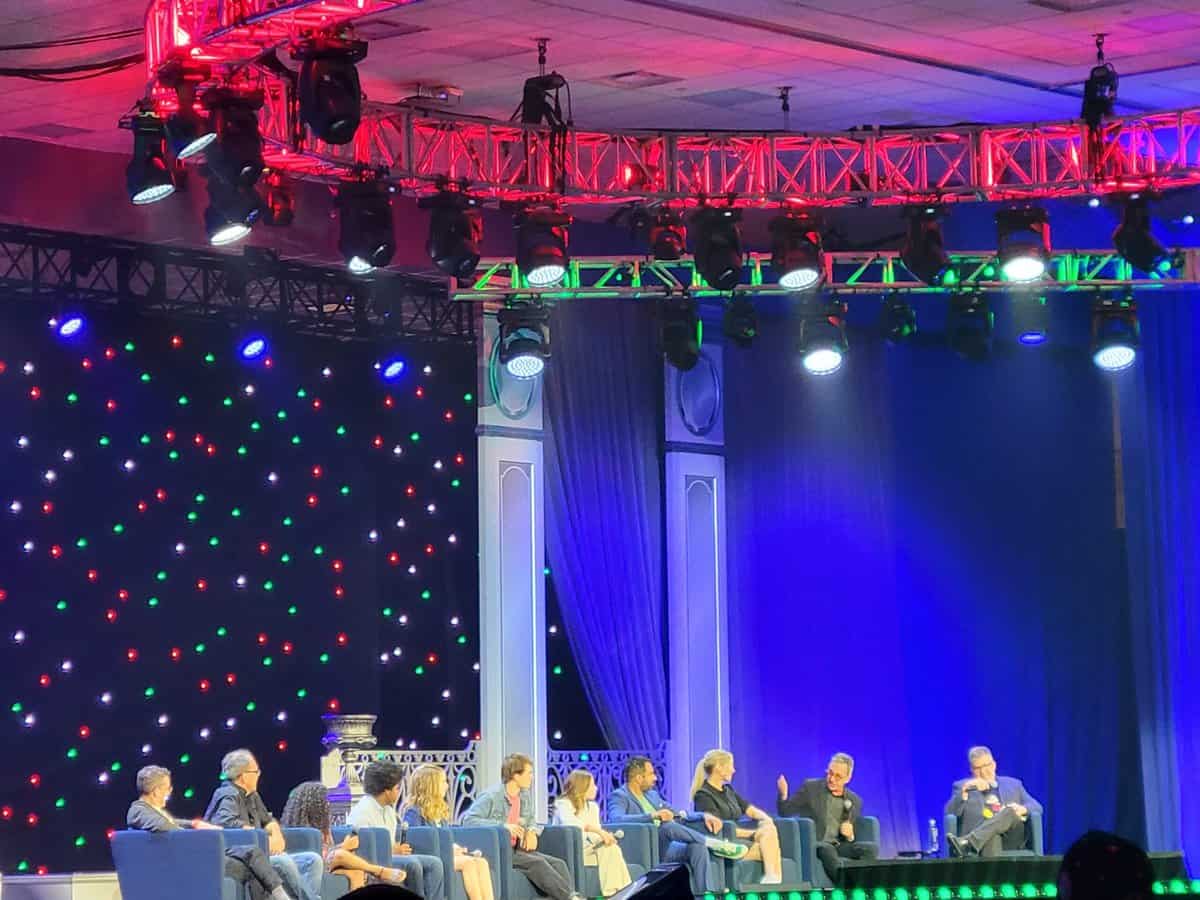 During the panel, Penn was questioned about the significance of his character’s initials, “SC”. We at Disney Tips definitely observed some trepidation in Penn’s approach to his response, with side glances to the producers to check what he could say. He went on to claim that he “couldn’t confirm or deny that Simon Choksi becomes the next Santa” – with an obvious smirk. With the character’s back story having touches of Scott Calvin’s, along with the famous “SC” initials, it seems that Tim Allen finds a replacement for the magic role in the North Pole.

Penn is not only an actor; he is an author, academic lecturer and former White House staff member in the Barack Obama administration. He is known mainly for his role as Lawrence Kutner on the famous TV show, House, as well as White House staffer Seth Wright on Designated Survivor and Kumar Patel in the Harold & Kumar film series. 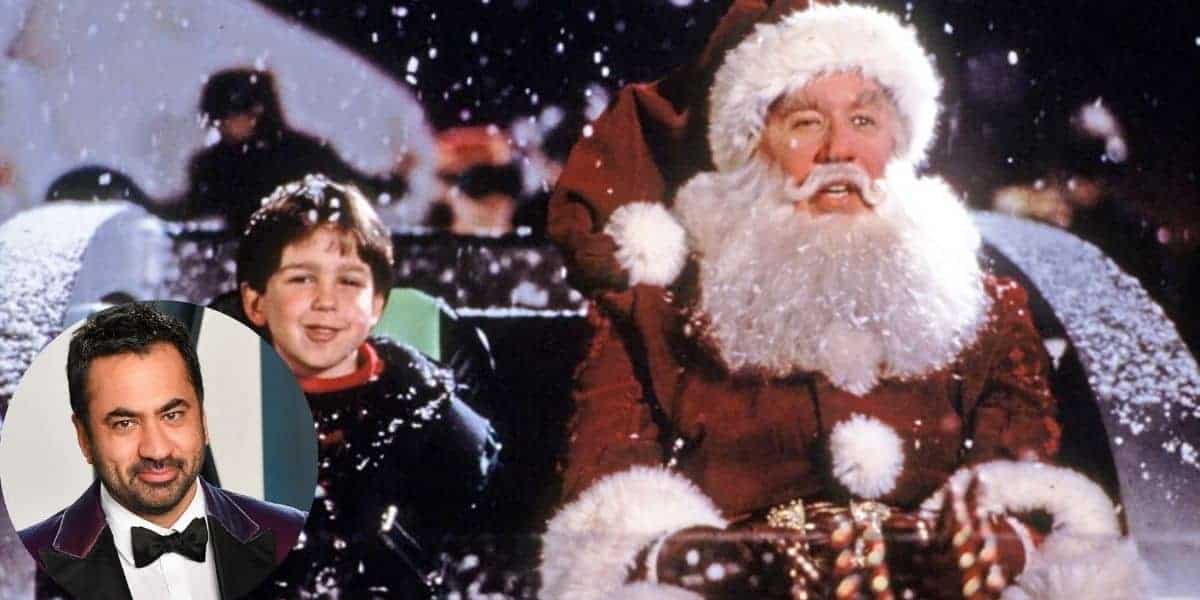 After the backlash from fans after Disney and Pixar “replaced” Tim Allen with Marvel’s Chris Evans as Buzz in Lightyear (2022), it will be interesting to see the viewer reaction to Penn’s new role if Simon does in fact become the new Santa.

Interestingly, Allen compared the new Christmas series to Kevin Feige’s Marvel Cinematic Universe, claiming he wouldn’t return without a good script and “backstory” to the Santa lore. He went on to reveal that he asked the producers: “I want to know how come the elves weren’t like ‘who are you?’ when Scott returned to the North Pole. I want to know what Mrs Claus’ first name is. I’m a big Marvel guy, and I want to weave it all together and go back to the beginning.”

The Santa Clauses miniseries starts streaming on Disney+ with two episodes on November 16, so we don’t have long to wait before hopefully finding out all the answers to those burning Tim Allen questions. Disney’s official description can be found below:

Scott Calvin is on the brink of his 65th birthday and realizing that he can’t be Santa forever. He’s starting to lose a step in his Santa duties, and more importantly, he’s got a family who could benefit from a life in the normal world, especially two sons, one that grew up in Lakeside, Illinois (Charlie) and one that grew up at the Pole (Buddy). With a lot of elves, children, and family to please, Scott sets out to find a suitable replacement Santa while preparing his family for a new adventure in a life south of the pole.

2022-09-14
Melissa Cannioto
Previous: Haven’t Visited Disney’s Stormalong Bay Yet? Here’s What You’re Missing Out On
Next: The Haunted Mansion’s Secret School That No One Talks About