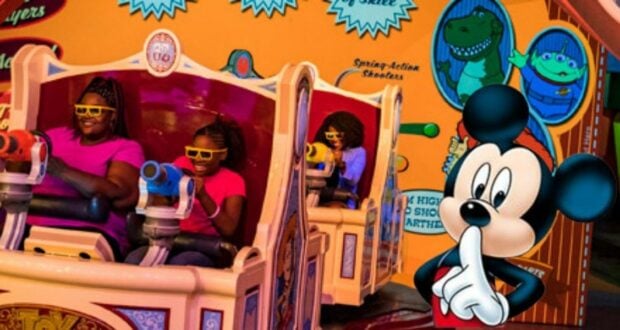 The Secret to Getting a High Score on Toy Story Mania

At Disney’s Hollywood Studios theme park, Guests can shrink to the size of a toy and enjoy attractions such as Slinky Dog Dash and Alien Swirling Saucers, as well as the extremely entertaining – but competitive – Toy Story Mania.

So, grab your 3-D glasses and get ready to finally get those Toy Story Mania ride high scores you’ve always dreamed of, because we’re about to share our secrets to getting those high-scoring targets! 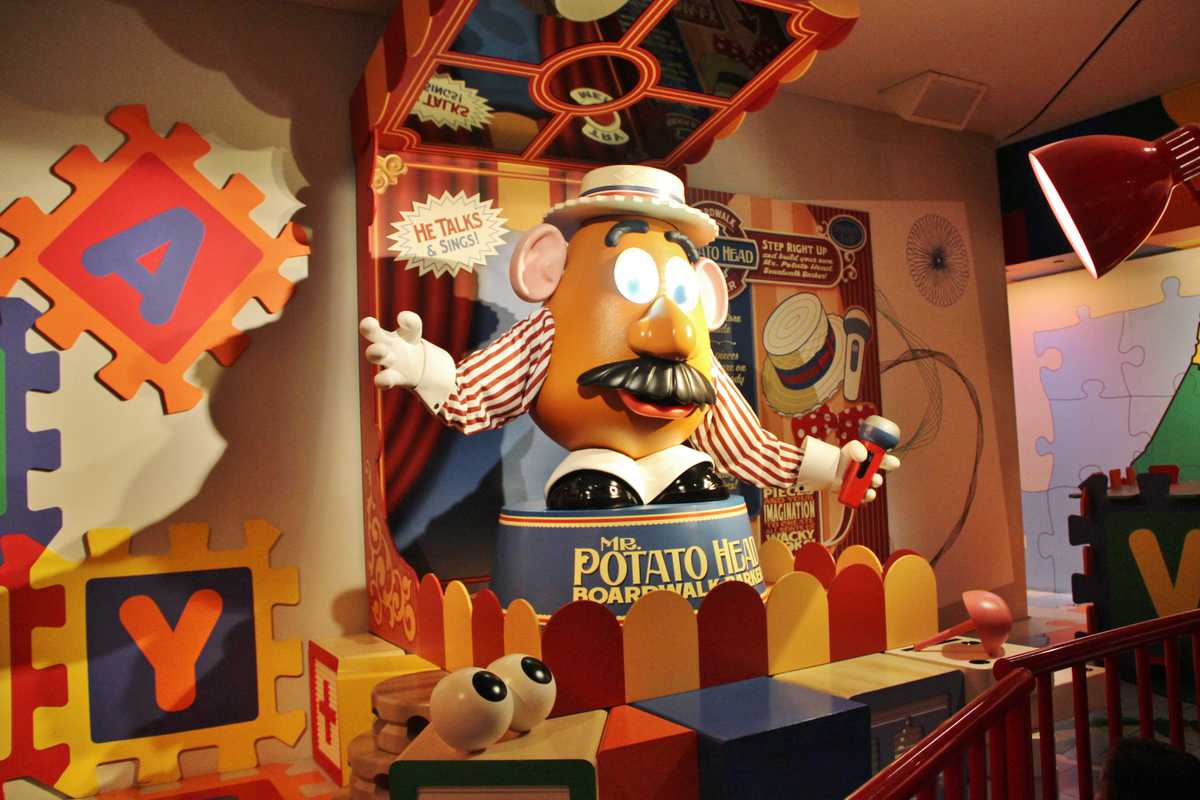 Walt Disney World Resort Guests will hear many tips and tricks tossed around at Disney’s Hollywood Studios’ Toy Story Land. Many seasoned players of Toy Story Mania will tell you not to waste your arm’s energy on the practice pie round, while others will advise you not to work too hard to hit a target (focus more on firing rapidly and less on how hard you’re firing. There’s no penalty for missed shots!).

Other tips we’d share are that harder-to-hit targets are worth more during the Pixar attraction, as smaller or further targets are almost always worth more points than big ones that are right upfront.

Furthermore, working with your partner in the ride vehicle increases your chances of unlocking secrets that may be inaccessible alone. But for more detailed secrets on how to get those whopping high scores and impress your friends and family on your next Disney vacation, look no further than our guide below! 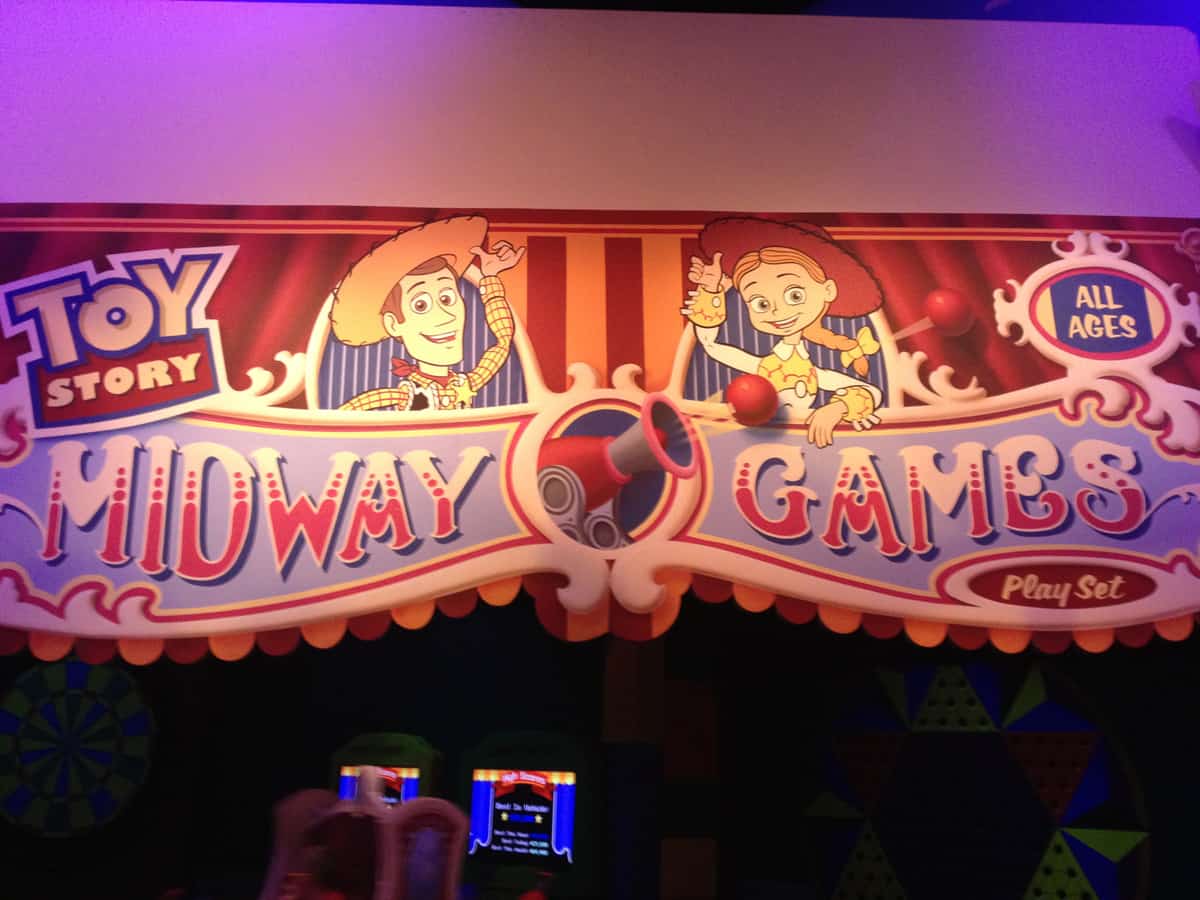 In this farmyard-themed first round, focus on the hen house near the bottom left corner of the screen. Aim to shoot the fox off of the house and two hens will start running out. Keep firing at these chickens for amazing points for the rest of the game.

A cat worth 1000 points will also pop up right behind the hen house at certain moments. Repeatedly shoot these targets, and you can score above 50,000 points!

The ride’s second game requires players to fire darts at balloons. Try aiming for the long, skinny balloons underneath the volcano – it will erupt once all these balloons are popped. The volcano’s eruption will release groups of 500-point balloons that are close together, making it easy to pop as many as possible.

Two meteors will then appear in the top left and right corners. Both riders should shoot both three times, after which meteors of balloons worth many points will begin to swarm onto the screen.

In this mini-game, you need to break plates to earn points – forget what your parents say about dinner plates at home!

The key to this Green Army Men game is simple: in the top left and right corners of the screen, two 2000-point plates fly into the air. Hit both plates, and the rocks will lift to reveal a tank that shoots plates worth 3000 points! 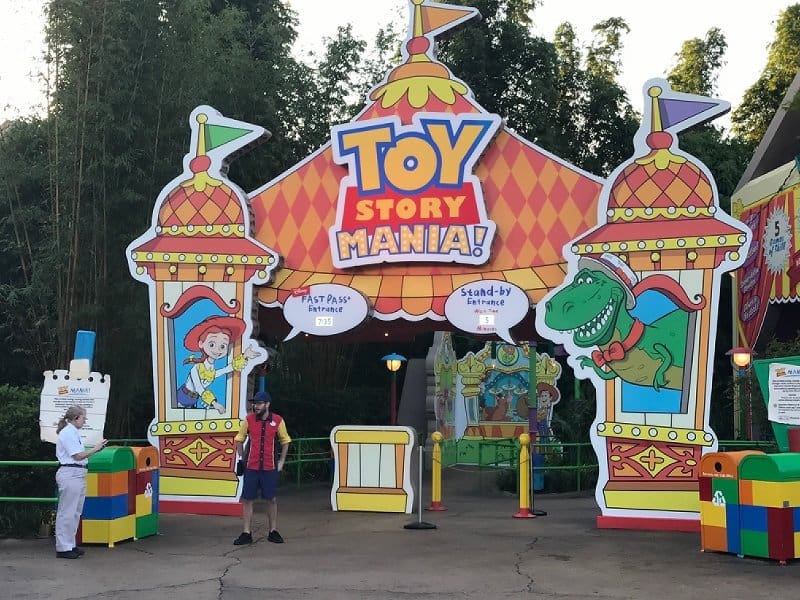 In Buzz’s exciting ring toss game, timing is key. The main focus of both players should be the group of aliens in the rocket shop at the center of the screen. Toss rings over all the aliens until they all go down together. Work fast, or more will reappear. 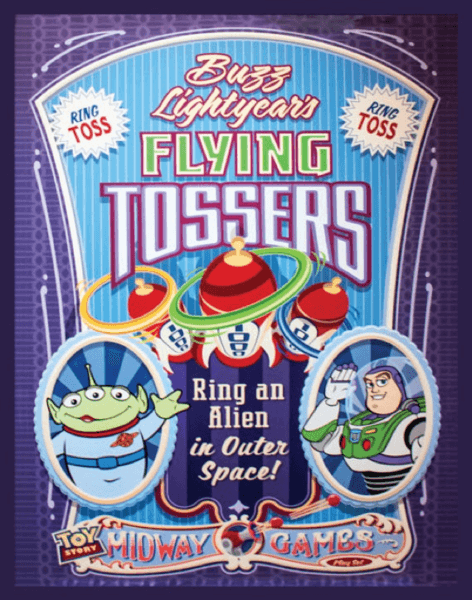 The final round in Toy Story Mania at Walt Disney World will certainly make your arm hurt if you’re doing it right!

Woody’s round is split into several sections, but all require accuracy. Simply shoot every target on the screen. Once every target is hit, new targets appear that are worth more points. If you keep this up all the way to the mine section, you’ll definitely be in for some big points.

During the second round with the falling mine cars, keep hitting every car you see, but don’t miss the two bats that fly in at the top of the screen. Hitting them will make the mine carts worth more points. 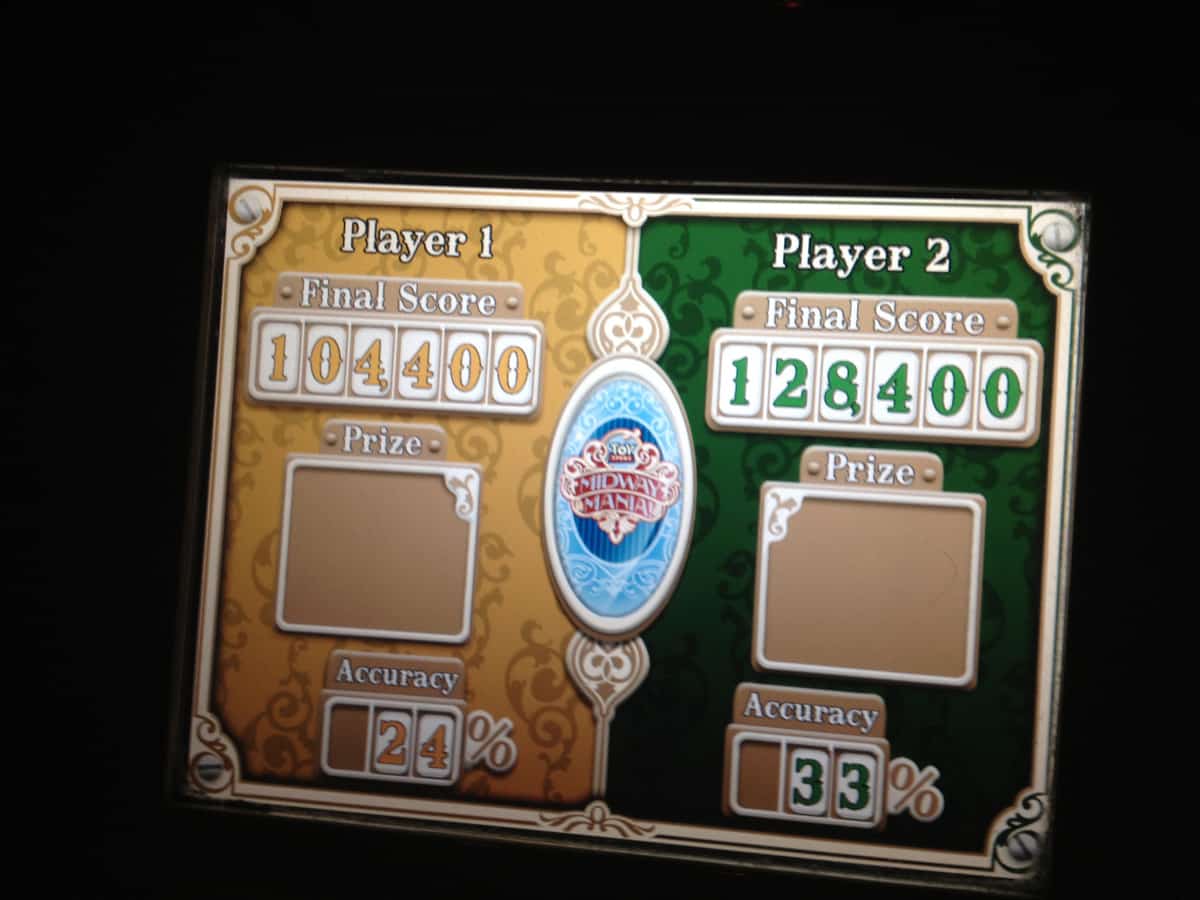 So, there you have it. We hope you’ve “got a friend in us” now that we’ve revealed our best tips and secrets for scoring those Best in Car scores on Toy Story Mania at Disney’s Hollywood Studios.

With some speed, accuracy, arm stamina, and some good ol’ tricks, it can be possible to score those big numbers you sometimes see on this popular Walt Disney World Resort ride – just don’t tell your fellow players!